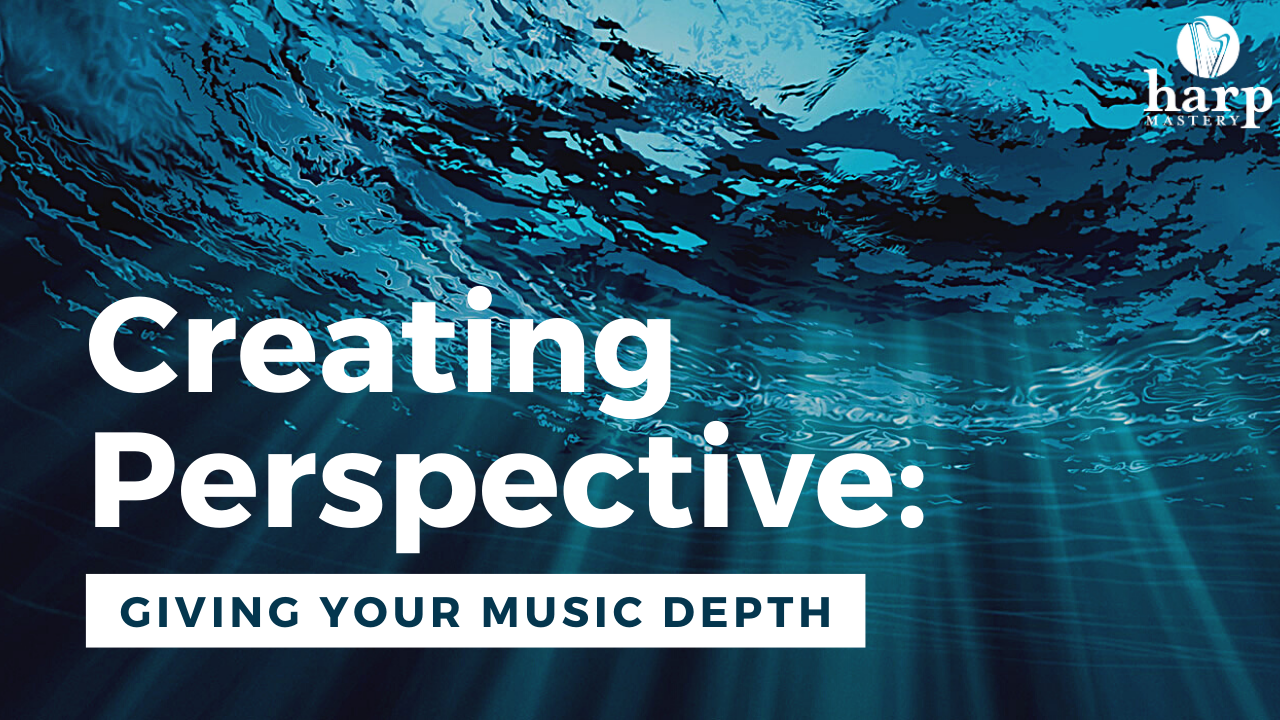 It’s a pleasure to listen to music that is well-played. Of course, some performances go beyond being well-played. They are often described as moving, emotionally affecting or profound. Thee performers speak through the notes in a way that communicates with the soul. They give the music dimension and depth.

Is the ability to create this kind of musical depth a special gift possessed by only the finest musicians? Or can it be developed like any other musical skill?

In painting, depth is created through a precise technical process, the use of converging lines and vanishing points to make objects appear closer to or more distant from a viewer. Linear perspective was an innovation of the Italian Renaissance, generally credited to the architect Filippo Brunelleschi (1377–1446). Before this time, it was not considered necessary for painting to depict reality. Often a figure’s size in a painting would be determined by its importance; for instance, in religious art, a saint might be depicted as larger than other people in the scene. During the Renaissance, however, the belief that a picture could and should resemble nature took hold, and the techniques for conveying depth on a two-dimensional canvas, wall or ceiling, were codified in precise mathematical formulas.

Perhaps the most whimsical and masterful examples of depth and illusion are the “perspective boxes” created by Dutch painters in the 17th century. There are six boxes still in existence, and each is a marvel of perspective technique. The inside surfaces of the box are painted with meticulously skewed views of a scene, usually the inside of a house or church. When you view the inside of the box through a precisely positioned peephole, the scene not only seems three-dimensional but it seems completely life-like. You can “see” into other rooms, down hallways or through windows to the landscape beyond.

For linear perspective to be convincing in a painting, the painter must decide on a viewing point, where the viewer is to “stand” in relation to the scene.

For musical perspective to be convincing, the performer needs a viewpoint, an intention for the listener. The performer’s goal is to identify a musical “reality” - an atmosphere, a scene, a mood - that he will create for a listener. This then becomes the guide for all his interpretive and expressive choices.

You don’t have to be a virtuoso performer to bring more depth to your playing. You simply need to know which skills to develop to enable you to make the magic happen. These are the three to work on: technique, repertoire and listening.skills.

Your expressive ability is directly dependent on your technique. As you develop technical facility, you master more expressive tools and handle them more adroitly. A beginner learns the control necessary to make dynamic contrasts between soft and loud. The next skill level adds gradation and dynamic shading (crescendo, diminuendo) followed by melodic shaping. Put simply, if you’re worried about your fingers, you can’t focus on expression.

Experience with a wide variety of repertoire is also important for depth of expression. The more music you learn and play, the deeper your understanding of the language of music. This allows you to pull more layers of meaning from the music. Just as a language interpreter needs to have a thorough comprehension of usage and idioms, above and beyond basic vocabulary, your musical interpretation will be at the level of your musical understanding.

As you gather more playing experience, be sure to spend time listening carefully as well. Listening with the intent to observe differences between renditions of the same piece by different performers will give you critical insight that will help inform your own playing. You will expand your vocabulary of musical choices. Eventually you will learn how to find opportunities for creative expression that exist in the music but are not written on the page.

So how do you know what particular expression to bring to a piece of music? That’s up to you; it all depends on your perspective.