Making Connections: I Vow to Thee My Country 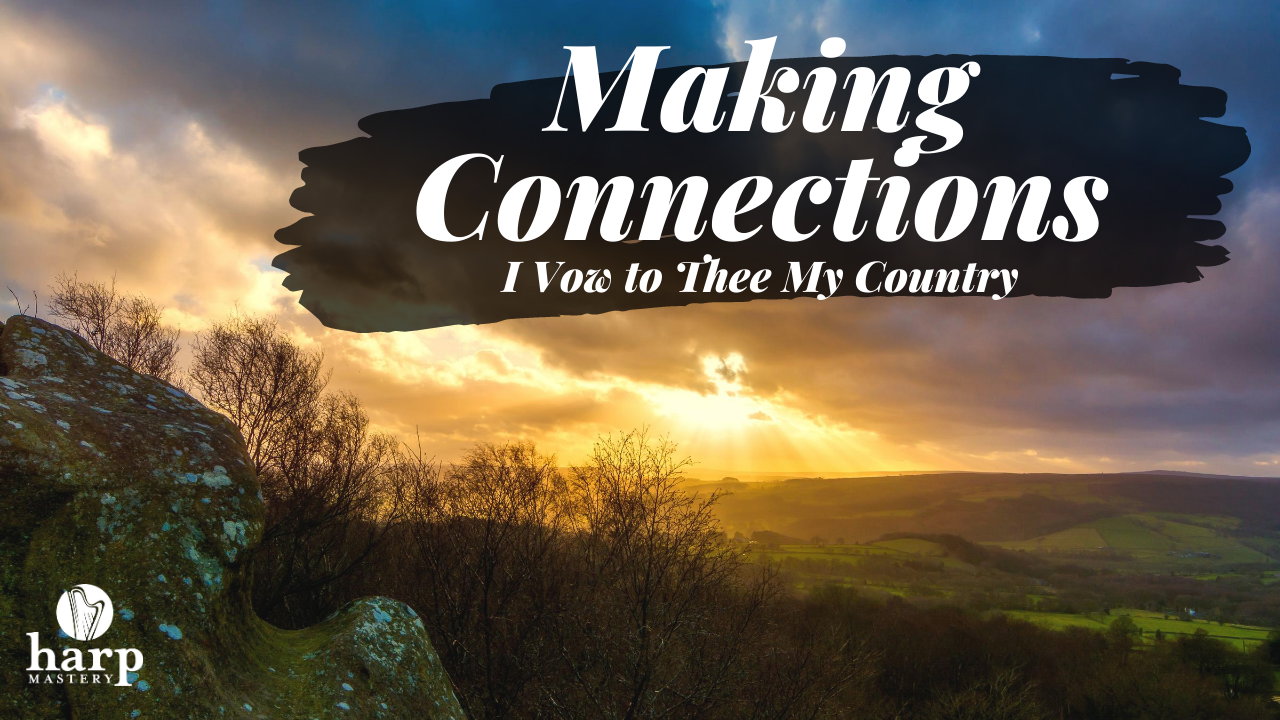 The tune to the song “I Vow to Thee My Country” is a favorite of harpists everywhere, thanks in part to skillful arrangements by artists like Kim Robertson and Rhett Barnwell. The melody is one of the themes from “Jupiter,” a movement of Gustav Holst’s iconic symphonic suite, The Planets. As is often the case, the back story is nearly as compelling as the tune, presented here in a quick compendium of fun facts.

Perhaps the most impressive fact about The Planets is about Holst’s method of composition. He wrote the piece over a two year period, from 1914-1916. The first World War was raging. Holst had been declared unfit for military service due to his asthma, poor eyesight and neuritis in one arm. He was teaching music and composing when he could find time. In fact, this monumental composition was written primarily in 20 minute breaks between classes and during vacation times.

Are you sure you don’t have time to practice?