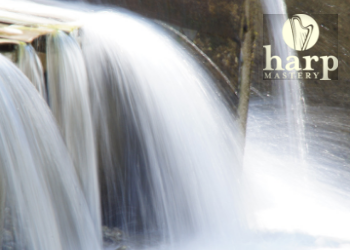 They make it look so easy, the great masters. From the long putt that wins the match, to the artists quick sketch that reveals more than a photograph could, to the lightning fast scales in a Mozart piano sonata, we mere mortals know the depth of mastery needed to perform at that level. We understand why our attempts at these tasks don't have the same easy grace.

What's more perplexing is why tasks that should be within our skill level don't have grace and polish either. For instance, that Mozart sonata may present a technical challenge for you, but why does that one page minuet that you've been practicing for months still sound choppy, hesitant and uneven? How do you make the music flow?

In my e-book, Kaleidoscope Practice: Focus, Finish, and Play the Way You’ve Always Wanted,I call that flow continuity. Continuity is the sense of inevitability, the seamless musical progression that draws a listener into the performer’s world. While continuity creates a magical musical experience for both performer and listener, there is nothing mysterious about the components of continuity or how to create it.

The primary component of continuity is a steady tempo, albeit allowing for a ritard, rubato and other rhythmic expression. The pulse of the music is what first connects us to music we hear; the music makes sense to us when we can “feel the beat.” If we as a listener can't relate to the rhythmic flow of the music, we feel a vague sense of uneasiness.

Some composers, Debussy comes to mind, have used this skillfully to create musical atmospheres that seem to transcend time. Even in those kinds of pieces however, if performers don't keep to the meter, their musical impact is diminished.

In moments of musical magic, we are transported. We envision exotic locales or ancient times. The music tells a story and tugs at our emotions. But such fancies are easily destroyed.
Remember that concert you attended where that quiet, spellbinding moment was ruined when someone dropped their program? That disturbance, which at any other time would have passed unnoticed, totally wrecked the beauty of the moment.

As a performer, you can't control elements external to you. However, you must ensure that you preserve the moment, protect the musical story for the listener. Actors use a convention called “the fourth wall,” the imaginary wall in front of the stage that prevents the audience seeing the people on stage as actors rather than the characters they are portraying. Similarly, when the Wizard of Oz is behind his curtain, he is all powerful. When Toto pulls the curtain aside, he is only a sad and slightly desperate man.

You may be surprised to discover that you have known since your early days of music study how to maintain the curtain. From your first public performance, you were told not to smile, grimace, stop or try to correct any mistakes you make. This is not about pretending you haven't made a mistake; it's about not drawing the audience’s focus to it, and thereby ruining the mood. It's not your error that mars a performance, as much as your reaction to it.

The third and most subtle component of flow is the sense of forward motion. Music moves over time. It is a progression from one musical thought to the next, one note to the next.

We harpists too often think in vertical sonorities (chords) and forget to communicate the progression that supports them. Those spaces between chords must be musically active, communicating the phrasing of the music. When we think of the music as a series of disconnected gestures, there is no flow. When we project the phrasing well, we help the listener anticipate what comes next. That sense of forward motion helps create flow.

I would like to offer three ideas to help you practice for flow or continuity. They aren't practice techniques, exactly; they are “playing” techniques, ones you will use to play through the piece in your practice, as you get it closer to the polish stage.