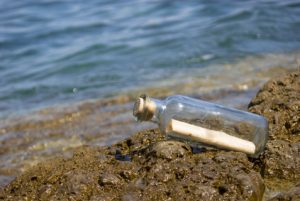 You've played a version of this game before, I'm sure. You imagine that you were stranded on a desert island with no foreseeable hope of rescue. Think Robinson Crusoe. You begin to create a way of life for yourself on your island. One of the items that you discovered on the island was a CD player. (Fortunately, this CD player runs somehow on solar energy so a power source is no difficulty.)

What recordings would you want to be in the box? And why?

It's an interesting exercise. Naturally there are no right or wrong answers; the right answers are the ones that fit your personal musical taste and preferences. But the world of music - not limiting your selection to music for a particular instrument or in a particular genre - is so vast that the selection is difficult. And the music that you choose needs to have the qualities that will satisfy you over the long term. In our scenario, remember, rescue might never come. You need to choose wisely.

Why is the Beatles' Sergeant Pepper album so vital and engaging 50 years after its debut> What makes Beethoven's symphonies so powerful and timeless? What qualities does your absolute favorite music have that other pieces, even ones that you enjoy, don't? And why should you care?

Ah...that's what I would encourage you to think about.

Music that speaks deeply to you, so deeply that you never tire of it, comes the closest to your musical identity. I don't mean your identity as a "harpist" or "pianist" or as a "baroque" musician or a "folk" musician. I refer to whatever it is that makes you you, from a musical standpoint. And that music, or music similar to it, is your  music.

Virtuoso performers are often associated with the music of a particular composer or style. Pianist Alicia de Larrocha was associated with the music by her Spanish compatriots Isaac Albeniz and Enrique Granados.  Arthur Rubinstein was known as a Chopin interpreter.  Jorge Bolet was famous for his fiery renditions of music by Liszt. Legendary performers like these had "their" music, music that they were so connected to that their performances of that music became benchmark performances for the rest of the musical world.

You don't have to be a world-class artist to recognize, explore and play the music that feels particularly "yours."

If you are a harpist, playing Beethoven's Ninth Symphony might not be practical, but you can identify harp music that you feel just as passionately about, that you can play. And I believe that having at least one or two pieces in your repertoire that are your "desert island" pieces, ones that you could love and play forever, is essential. It cements the bond between you and your instrument. Playing your music helps you find your musical voice.

And once you find your music, you will have it forever. (Desert island not included.)