Not So Silent Night: Going Viral 200 Years Ago 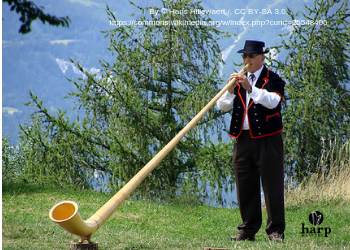 In today’s world, fame is just one viral video away.

The internet stream of cute cats and adorable toddler antics is the modern megaphone for getting your new message out to the world.

The internet, and YouTube in particular, has transformed the music industry from one in which you had to know the right people to get any notice to one where all you need is your cell phone. As we become ever more accustomed to the instant worldwide audience that every musician has access today, we find ourselves wondering how music could possibly spread in a pre-high-tech era.

As it happens, this year we celebrate the anniversary of a piece of music that “went viral” 200 years ago. It was Christmas Eve of1818 when one of the world’s most beloved Christmas carols was written and performed for the first time.

That day the assistant priest of a small church in Oberndorf, Austria handed the church organist a poem he had written and asked the church’s organist to set it to music. The two of them performed it at the service that night standing by the Nativity scene in the church, just voice and guitar accompaniment. The carol? “Stille Nacht” or “Silent Night.”

The priest, Joseph Mohr, and the organist, Franz Gruber, could have had no idea that Christmas Eve how their composition would spread.

Although the familiar story about the mouse that chewed through the organ bellows is more legend than fact, it is true that the church’s organ was in disrepair. The following year an organ builder came to repair the church’s organ, and he heard the song and was enchanted with it, taking it home with him to the Zillertal, to a town called Fügen, nearly 90 miles from the church.

In that area there were several family groups of singers who performed and toured (visions of “The Sound of Music,” anyone?). Like all performers, they were looking for new music to add to their repertoire and of course, they fell under the spell of “Stille Nacht,” reportedly even performing it for European royalty.

One of those families, the Rainer family, performed the song in New York in 1839. It was first officially translated to English by an American Episcopal priest in 1859. And at that point, the viral spread of the song was assured.

Today the carol is sung worldwide and has been translated into over 120 languages. In 2011, the international organization UNESCO declared “Silent Night” to be part of the world’s “intangible cultural heritage.” This Christmas Eve there will be performances that reflect the simplicity of that first performance and there will be countless variations on that theme with any and all available musical forces called into service.

But this amazing story leaves us with an interesting an unanswerable question: to what should we attribute the success of this simple carol? Is it the means, the message, the music or the magic that happens when all three connect?