The Practice of Listening: Why It’s Essential for Every Musician 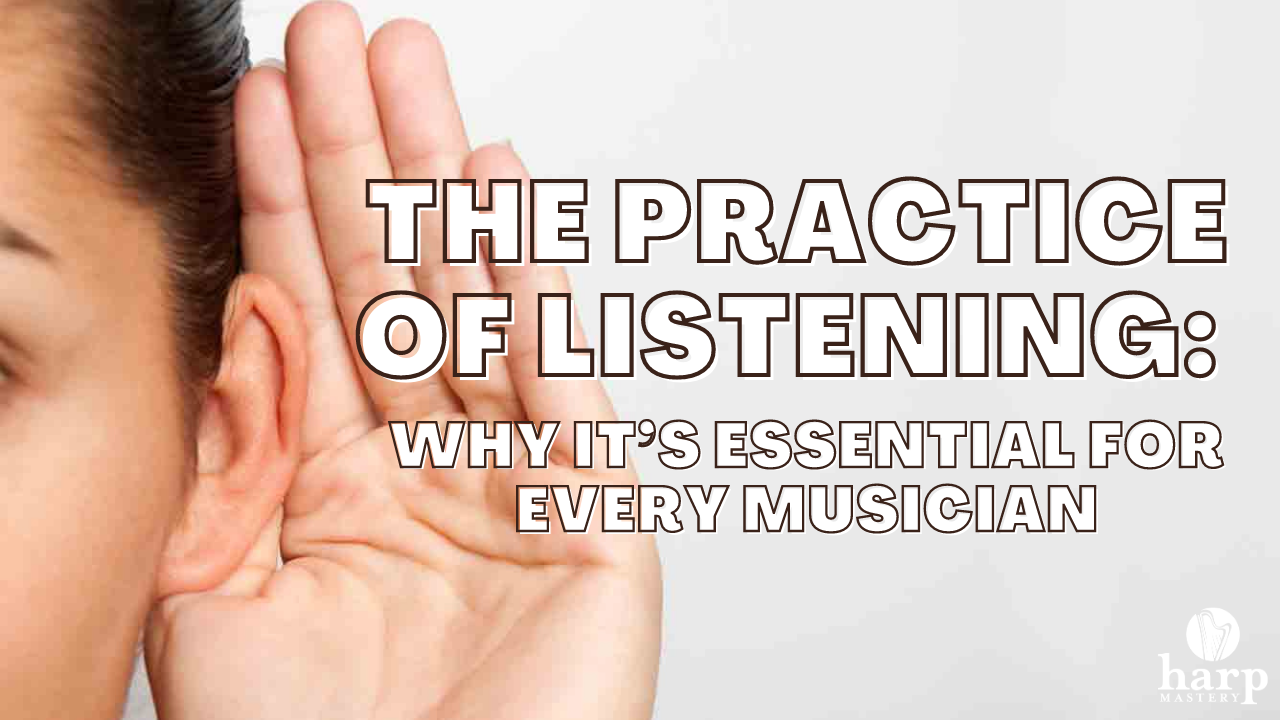 And if occasionally he'd ponder
what make Shakespeare and Beethoven great,
Him I could love till I die.
Lyrics from “My White Knight,” from The Music Man

One of the first musicals I fell in love with was The Music Man by Meredith Willson. My parents had the original cast album which featured Barbara Cook as Marian the librarian. Barbara Cook’s voice was warm, clear and agile and as far as I was concerned, she was Marian. As much as I admire Shirley Jones, I still don’t enjoy her portrayal of Marian as much. In addition, Marian’s best song, “My White Knight” was cut from the movie version, and the rumors were that the song was too difficult for Jones to sing.

The song opens with a beautiful soaring melody with vocal leaps that embody the passion and energy of Marian’s emotions as she sings about her ideal man. Then suddenly the music softens, the tone becomes more reflective and she sings the words quoted above.

I have often come back to those particular lyrics. They remind me to stop and think, not necessarily about my soulmate, but about the power of “pondering.” To take a step back to consider, to observe, to reflect, to ponder is surely an important part of becoming a better musician.

We musicians spend so much time doing. The hours that we practice and spend in lessons and classes add up to a significant portion of our daily lives. But how much time or energy do we devote to considering, pondering, simply thinking about music? Taking this a step further, how much time do we devote to observing, not only the things that directly concern us in our music making, but even just noticing the sounds around us? What would change for us if we spent more time in purposeful listening?

I believe that if we worry a little less about what we do and at the same time spend more time listening purposefully, actively, intentionally, we can become better musicians. Observant listeners are aware of and can articulate subtle differences between different interpretations of a piece of music. They are quick to notice and identify errors as they practice. They have a rich pool of musical ideas and a wide range of expression. They easily spot harmonic and melodic patterns in music and as a result learn and memorize quickly.

Becoming an observant listener starts with simply taking a moment or two during each day to ponder the sounds around you. Use the simple prompts below to start listening at a new level.

What do you notice about: