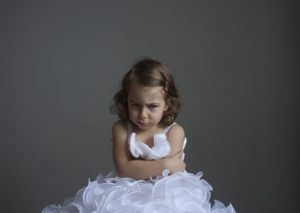 Let me give you the scenario. I was 13 or 14 years old and my friend was on the phone wanting me to go to the movies with her. I was completely resentful of the time I was going to have to spend practicing instead of being able to go to the movies. You might have imagined that I always loved practicing, but my parents usually had to threaten me, even in my early teen years, in order to get me to practice. As far as I was concerned, practice equaled punishment.

Fast forward just a few years and I had figured out where the fun is in practicing. Even though I would occasionally be disappointed at missing time with my friends, I understood the big payoff in practicing. Of course, more of my friends were musicians, too, and had their own practice to do.

But the big attitude change for me happened when I took a different perspective on practice. I redefined what it meant as a concept, for my harp playing and for me personally.

One Definition of Practice

One common definition of “practice” is this: Repeated exercise in or performance of an activity or skill so as to acquire or maintain proficiency in it.  It is logical that the more time you spend doing something (e. g. practicing), the better you will become at it. But it was the repetition part of it where I lost interest. I just didn’t enjoy the idea of putting in time or doing 100 repetitions of something, even to make it better. The rewards didn’t seem worth the energy.

Then I found a new definition. Naturally, it isn’t really a new definition, but it was a different use of the word that gave me that new perspective. I don’t remember where I was or what I was reading when the lightbulb suddenly lit up, but my thought was this: why do doctors, lawyers and dentists have practices, when they’re already professionals? After all, no one wants his doctor practicing on him; we hope the doctor is a skilled professional already.

The dictionary illuminates this sense of the word practice this way: The carrying out or exercise of a profession.

So what if I considered “practice” not as something I had to do, but a state to which I aspired. We wouldn’t say that he or she has a “harp practice,” but to think of our musical pursuit in the sense of a pursuit, a career, or a discipline instantly ennobles it.

And for me in my teen years, it gave my dream to become a harpist substance in that moment. My daily practice was the fulfillment of my intent. Simply by practicing I became a harpist; I was doing what a harpist did. Practice was no longer dull repetition. In all honesty, I can’t say that I immediately became an enthusiastic practicer, but I had the right perspective at last, a much bigger perspective.

A New Definition of Practice

Practice isn’t about getting right, although that is certainly part of what we do. Practice is how we make music. We practice the art of music daily. On our own terms, in our own way, in our own time. Practice isn’t about the repetition; it’s about the result. It’s not about playing something until you get it right. It’s about playing something to see what you can make of it, to bring it to life, to breathe more beauty into the world around you, to enjoy the gift of music in your own way.