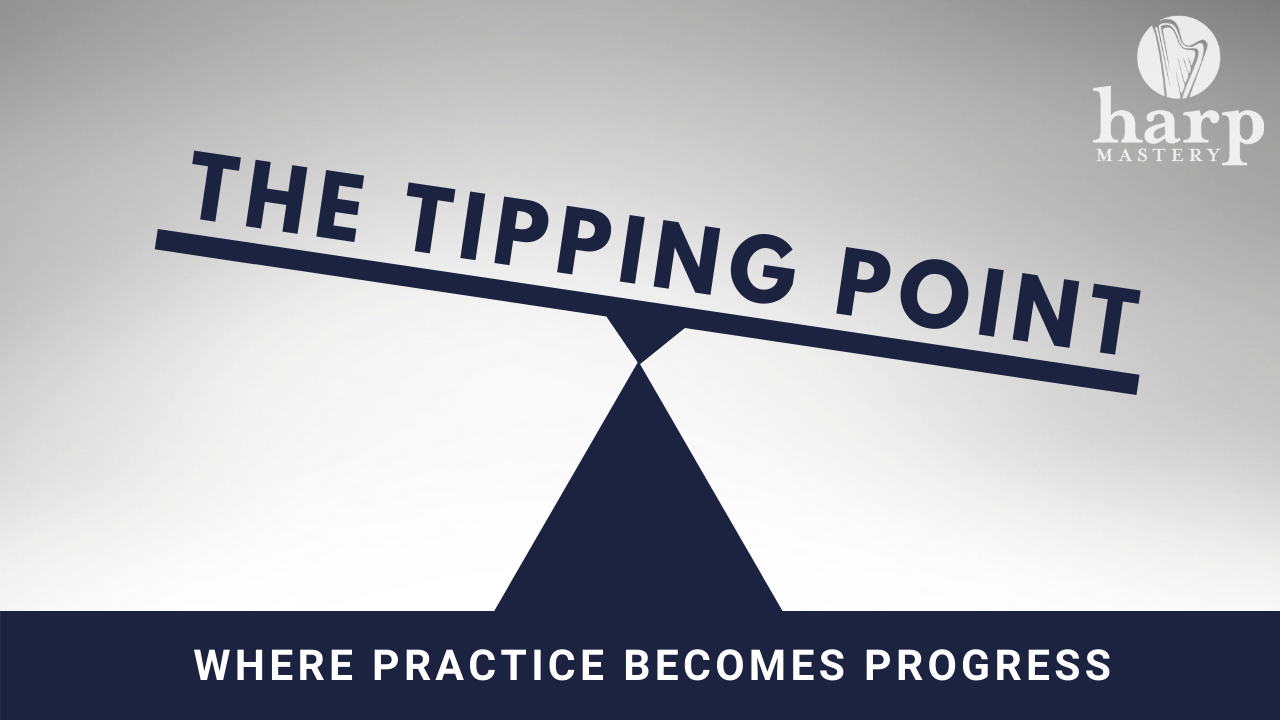 Have you ever felt that success - in your music practice or in any other endeavor - was just beyond your reach? That you seemed to be getting closer and closer to your goal and still not actually attaining it?

The phrase “tipping point” is used in the science of epidemics to refer to a moment when a normal and usually stable occurrence, like an outbreak of flu, for instance, turns into a large-scale health crisis.

In his book, “The Tipping Point,” Canadian author and journalist Malcolm Gladwell describes this phenomenon as it manifests in cultural trends. He states that, "Ideas and products and messages and behaviors spread like viruses do," demonstrating that they reach a moment of critical mass or a boiling point at which they spark a major shift. He identifies three “agents of change” that turn a mere trend into a social revolution, the three rules of epidemics: The Law of the Few, The Stickiness Factor and The Power of Context.

Rather than looking at how Gladwell applied those rules to the drop in crime in New York or Hush Puppies shoes or the rate of teen smoking in the U.S., I’d like to apply those same three rules, albeit a little loosely, to your music practice and how you can harness their power to push forward to the progress you desire.

The “80/20 Rule,” also called the Pareto Principle, was named for the Italian economist Vilfredo Pareto, who noted the 80/20 connection while teaching at the University of Lausanne in 1896. The Pareto Principle, which is widely used in business applications, states that in any area, 80% of the results are caused by only 20% of the efforts. As applied to a tipping point in your practice, identifying and leveraging that 20% will yield better and more fruitful results.

In your practice, you want to identify the few things - the few specific strategies, techniques or tactics - that get you closest to your goal, and do more of those things. Rather than spend your time on practice stratagems that don’t “move the needle,” put your effort into the ones that do. If playing through your piece helps you prepare it for performance better than slow, spot practice, then spend more time playing it. In short, find what works and double down on it.

What is it that makes an advertisement memorable? Why do we remember our favorite commercials for years but most of the ones we see daily never make an impact? It’s the stickiness, the connections that marketers create, that renders these memorable. It’s about creating retention and relevance on a cellular level.

The Power of Context

For a disease to reach an epidemic level, the environment must be right. As Malcolm Gladwell writes, "Epidemics are sensitive to the conditions and circumstances of the times and places in which they occur." Without a specific set of conditions present, the trend will not spread. It can’t, to use a common phrase, “go viral.”

We humans are sensitive to our environment. The circumstances around us shape and influence our attitudes and actions. To create success in music, to reach the tipping point musically, we need to have the right support system. Just as a seed grows faster and stronger with the right soil, water and light, our music “grows” best with the input of others who share the same journey. Left in isolation, our musical growth will be stunted. Our progress is enriched and accelerated when we are in the company of like-minded musicians.

I have one other tipping point idea for you that isn’t in Gladwell’s book. It’s a paraphrase on Nike’s famous slogan. Nike says, “Just Do It.” I say, Don’t Stop Doing It. Your progress only stops if you do. Look for what works and do more of it. Understand and connect with what you are practicing, instead of just doing it over and over.  And be around people like you who get it, who understand the struggle and can help you over the rough spots. But above all, just don’t stop. Progress is right around the corner.