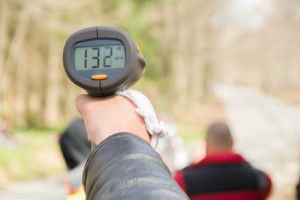 I was sitting in the audience at a concert. A performer was onstage receiving well-deserved applause, and I heard two people in front of me commenting on the performance. “She played well, but it was too fast,” said one to the other. Just a moment later, someone behind me said to their neighbor, “I really think she should have played it a little faster. It was under tempo.” Did these people actually hear the same performance, or were they just listening for a metronome number?

Obviously, they heard the same performance, but in different ways. And what their comments made clear was that there is no single “perfect” tempo, but that tempo is as much as part of overall musicality as dynamics and tone. Tempo is just one of the musical elements that we performers choose to communicate our musical ideas. It is part of our personal expression of a piece of music.

But if tempo can be an individual choice, what are we to do when a composer has given us a specific metronome marking for a piece?

We use the term tempo to refer to the pace of a piece. There are slow tempo indications and fast ones. Before the metronome was in common use, composers indicated their intention solely through descriptive terminology rather than beats per minute. We stil use these terms today, most particularly the familiar Italian terms like Allegro, Andante, Largo, Presto and Adagio. All of these terms tell us not a precise speed, but a general pace and character of a composition.

A metronome marking, while more specific, is truly less revealing. Although it gives us a precise instruction and a clear goal, it is less descriptive in a general musical sense. It requires the performer to decide from the given number of beats per minute what the composer intended the musical sense of the piece to be. We know how fast it should go, but what does it mean musically?

Metronome markings are so often taken as iron-clad rules, rather than a starting point. They can daunt students who feel that because they can’t play a piece “up to tempo,” their performance may not be musically satisfactory. Often we need to “break the rules” and play the piece at a slightly different tempo, making tempo a musical choice that siuts us individually.

I find that is is useful to consider a metronome marking as a guideline rather than a rule. It gives us, in a way similar to one of those elegant Italian terms, a glimpse of the composer’s intention, the way the composer “heard” the piece when they were writing it, and the musical idea they want to communicate to and through a performer.

But it is only a starting point. The creativity and personality of the performer will perhaps alter the pace slightly with good effect. It is rare that a composer will object to a performance that is not precisely at the metronome marking, if the performance itself is musically convincing.

And of course, any tempo at which the performer is actually unable to play the piece well is a poor choice of tempo. If a slower tempo will allow for a more accurate performance, than that’s the proper tempo to choose.

So how do you find and choose the “correct” tempo for a piece you are playing?

Consider what that metronome marking or tempo indication actually means in terms of musical character. If you like, you can listen to some recordings of the piece. Choose some descriptive words that speak to the feeling and energy of the piece. Your personal tempo will be chosen to reflect that musical feeling, even if it is not exactly that metronome number.

Also, from listening to a variety of recordings you can decide what you like about some tempo choices better than others. You may be surprised at the difference that tempo choices can make in the feeling a piece communicates.

Remember too that ultimately the tempo must let the music flow. Your tempo needs to be chosen with respect to your own abilities as well as the musical idea. It’s part of your personal expression, and when you select a tempo that works well for the music itself and for you the performer, your music will be pleasing to and audience and satisfying to you.

It’s not about the number…