Why You Need Headroom 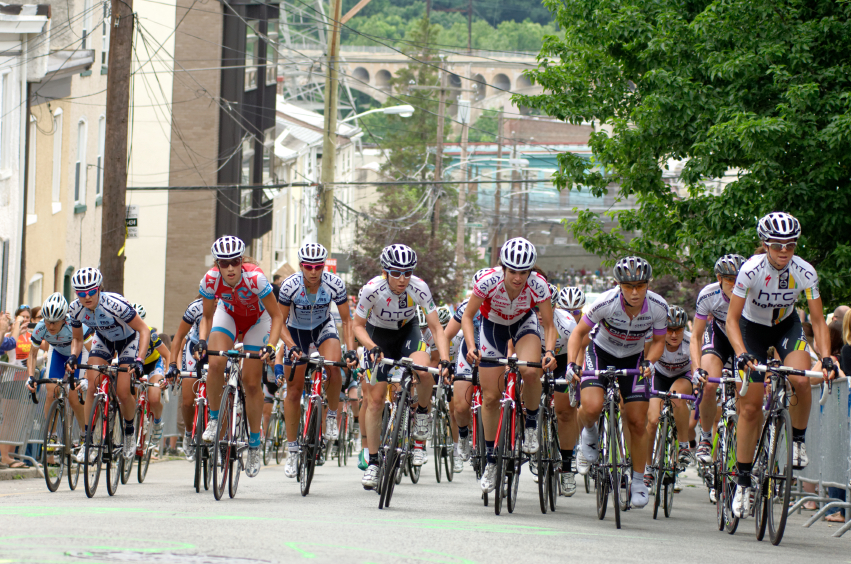 Philadelphia, PA, USA – June 5, 2011; The front of the peloton of female professional cyclist participating in the 27th edition of the Philly Cycling Classic are seen attacking the steep ‘Manayunk Wall’ in the NorthWest section of Philadelphia, PA. (photo by Bastiaan Slabbers)

“Give it everything you’ve got!

” But how can you be sure that “everything you’ve got” will be enough?

There’s only one way: be sure that you have headroom.

In Philadelphia where I grew up, there is an annual bicycle race, a prestigious race that attracts riders from all over the world. The riders make 11 or so circuits on a course that takes them by our famous Art Museum and through Fairmount Park. The biggest obstacle in the race is the challenge of the “Manayunk Wall.

” The “Manayunk Wall” has been a feature of the race almost since its beginnings in the 1980’s. Manayunk is a fun and quirky neighborhood west of downtown Philadelphia, filled with tightly packed row homes, ethnic eateries of all sorts, art galleries and crowded pubs. And lots of hills, including the Wall.

The Wall is a long steep stretch on Levering and Lyceum Streets. The pavement is partly cobblestone, and the steepest part has a 17% grade. It takes the best cyclists two minutes to ride going at their fastest, which is something like running an 800 meter race at top speed. Conquering the Wall once is hard enough; during the race, riders face the hill 11 times. Those who have prepared properly survive it. The others don’t.

Those who are prepared know that being able to climb the hill 11 times is not enough. They will need extra stamina, endurance and strength to be able to have the reserves to push through the fatigue and be able to go on. Their preparation will allow them the room to “pull out all the stops” (to use a musical metaphor), to give it everything they’ve got, knowing that they have more to give.

We musicians need to prepare the same way for performance. When we prepare to perform “at the top of our game,” we leave ourselves without a safety net, with no reserves to draw on. Then, when we try to give it everything we’ve got,” we are treading dangerously close to “crash and burn.”

My friend Scott and I have had this discussion many times. Scott calls it “headroom,” that additional level of skill that allows you to take the risks and face the challenges of performance without fearing disaster. Headroom is partly the result of time and experience, but proper preparation, in three areas particularly, will help you achieve that margin for error in every piece you play.

Technique is bedrock; it is the foundation for everything we do. Where our technique is strong, our fingers are nimble, playing confidently and effortlessly, even automatically. Where our technique is weak, our playing is uneven and unreliable. It takes our focus away from the music and causes uncertainty. Daily technical work is the first requirement for every musician. And don’t just use the same warm-up every day. Push yourself a little!

Practicing a piece “up to tempo” is clearly not enough if we want to create headroom. If we want to have some margin in case our performance jitters push the tempo, we need to have prepared to play the piece a little faster than we really want to play it. Being able to play the piece a metronome notch or two faster than the goal tempo gives us added security and confidence. Plus it will reveal any unresolved problem areas. It’s clearly better to find them now and fix them , then discover them in performance.

The development of stamina is a skill often overlooked in performance preparation. If you have ever found yourself running low on mental or physical energy before you got to the end of a piece, you have experienced this first hand. Music may be art, but performing is hard work. It requires physical endurance and the ability to focus and concentrate all the way through the last note. The simplest way to develop and test your endurance is to play your piece or your recital program several times back to back. One of my former teachers, Jeanne Chalifoux, told me about preparing a piece for a recital.

She was studying at The Curtis Institute with Carlos Salzedo and performing his etude “Flight,” an etude with page after page of blindingly fast scales. At her dress rehearsal for the recital, she played the piece for Salzedo, who told her that it was good and asked her to play it again. She played it again, and once again Salzedo asked her to repeat the performance. After the third time through the piece, he told her that anyone could play it once, but now that she had played it three times she was really prepared for the recital.

How will you create headroom so that you’re not playing at the top of your game?